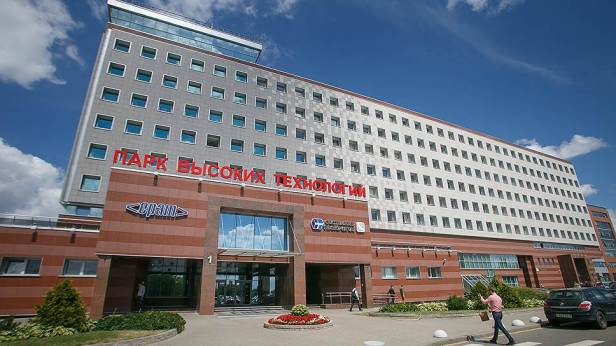 Belarus has a well-developed IT sector that attracts foreign companies and provide customers such as Microsoft, London Stock Exchange and British Petroleum  with software solutions. The Hi-Tech Park opened in 2009 has so far registered 164 resident-companies. More than a half of them are foreign entities and joint ventures. On November 24, the global company Mysis signed a partnership agreement with the Belarusian banking software provider Softclub. The IT sector is booming in Belarus. In 2015, the exports accounted for more than $800 million and could grow to $1 billion by 2017.

According to the report « Measuring the Information Society 2016 » released by the International Telecommunication Union (ITU) on November 22, Belarus ranks 31st place among 175 countries in the ICT development ranking in 2016. The country ranked 33th place in 2015.1

Besides, the Global Sourcing Association based in London shortlisted in 2016 Belarus as a top outsourcing destination of the year.(3) About 970 IT companies are registered in the country and only 24 of them are state-owned .(4)

These high levels of ICT development and skills in Belarus are the results of an efficient system of technical education and training relying on 53 universities and 16,000 IT graduates annually.

Gennady Korotkevich is one of these young and talented Belarusian programmers. He has already won six gold medals at the International Olympiad in Informatics, the World programming championships ACM ICPC in 2013 and 2015, the Facebook Hacker Cup in 2014 and 2015 and Google Code Jam in 2014, 2015, and 2016.(5)

The excellence of science and technology education in Belarus originates from the Soviet era. Since 1991, the governement has continued to support the IT sector and attract foreign investors with favorable legislation. Over the years, Belarus has become a regional leader in ICT.

The global software engineering company EPAM founded in 1993 by two former Minsk classmates illustrates this success.(6) EPAM had in 2015 a $914 million income with a staff of 19,000 engineers and consultants and offices in 25 countries.(7)

A booming IT sector

The Uniter Investment Company forescats that the IT exports from Belarus will grow by 20-22% over the 2016-2017 period and will get close to $1 billion.

The IT job market is also expanding. The companies in Belarus need every year new graduates in software engineering and programmation. The average monthly salary in these fields amounts to $1600 while it is close to $420 in other sectors in 2015.(11)

A Hi-Tech Park was established in 2005 and opened in 2009 in Minsk to support the Belarusian software industry and boost the IT exports. In August, 164 resident-companies were registered with around 30,000 engineers and programmers working there. More than a half of them are foreign entities and joint ventures. EPAM,IBA group, Itransition, Leverx International, SaM Solutions and Viber Media have offices and engineers working in the Hi-Tech Park.

They all benefit from a preferential regime in taxation, immigration and foreign currency transactions. These resident companies are successful on North American and European markets and have customers in 61 countries around the world. More than 90% of the Belarusian IT exports come from the resident-companies in this HTP.(12)

Global IT companies invest in Belarus

On November 24 the global company Mysis signed with the Belarusian Softclub a strategic partnership agreement. This partnership will allow to combine advanced banking and financial software solutions by Mysis with the expertise and high skills of the IT company Softclub.(14)

Misys will share its skills in staff training and will provide access to products and development tools. The Softclub’s resources will be used in the development of new solutions, their promotion, implementation and maintenance. Thefirst joint project will be the development of an automated banking system for customers from CIS countries.(15) A demo version could be introduced to banks and financial institutions in the third quarter of 2017. Investment in the project will be worth more than $1 million from each company.(16)

The work with Misys has already started, more than 40 employees of SoftClub have been trained in Minsk. A group of IT experts will be sent to Mysis skills center in Bangalore.

Mysis is not a new player in the Belarusian market. Its solutions are already used by the National Bank of Belarus, Alfa-Bank and Belvnesheconombank.

Boris Lipiainen, Global Head of Product Management at Misys, said at the press conference in Minsk that the successes of Belarus in the IT sector had attracted the attention of the company. He added that Mysis had chosen Belarus because this country has a well-developed IT sector with many talented young graduates and is located between the European Union and the markets of the CIS countries.(17) It takes only 2 hours to fly to Minsk from Paris, Frankfurt, Vienna and less than 3 hours from Rome, London and Madrid.

Founded in 1979 and based in London, the global company Mysis has become the largest international provider of softwares for the banking and financial sectors. With its 4,000 employees, Mysis provides with solutions more than 2,000 customers across 125 countries, including 48 of the world’s 50 largest banks.(18) According to the Financial Times, the company achieved a compound annual growth rate of 8 per cent between 2014 and 2016 with an increase in revenues from €754.5m to €803.7m.(19)

Since 1993, the SoftClub company has become one the largest providers of banking software in Belarus and is a resident of the Hi-Tech Park. Its customers are banks, financial and public sector organizations, IT companies in Russia, Belarus, Ukraine, Kazakhstan, Turkmenistan, Tajikistan, Kyrgyzstan, Germany, Cyprus, the US, Sweden. SoftClub systems are implemented in more than 40 banks. Currently 29 banks, including TOP30 banks in the CIS, use SoftClub’s solutions.(20) Since 2011, the Belarusian SoftClub has been included in the Software Magazine’s 500 ranking of the world’s largest IT companies.(21)

With a high level of skills recognized internationally, many young graduates, the attention of global companies and foreign customers, the growth of the IT sector in Belarus has good prospects. Last September, the European Bank for Reconstruction and Development (EBRD) has adopted a new four-year strategy for Belarus which supports the reform initiatives of the government to develop further the private sector. The institution wants to expand its range of operation with projects in IT sector and plans to work with the Hi-Tech Park said on November 23 the head of EBRD Office in Belarus, Alexander Pivovarsky to the journalists of BelTA.(22)

7 thoughts on “Belarus is leading in IT services”