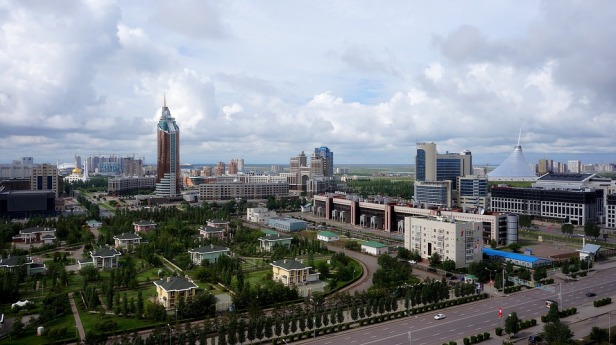 Russian Hevel Group will build 70 MW of solar power in Kazakhstan by 2020 while Astana is actively developing renewable energy, attracting national and foreign companies to invest in new generating capacities and diversify its economy.

The Russian Hevel Group will build 70 MW of solar power in Kazakhstan by 2020, revealed a corporate press release. This project takes place as the Central Asian republic is carrying out reforms and set the target of 30% of renewable energy share in the national mix by 2030.

Along with the implementation of a large-scale investment program over construction of solar power plants in Russia with a total capacity amounting to 1 GW, Hevel group is carrying out energy projects in Kazakhstan.

Indeed, the Kazakhstan’s electricity and power market operator (AO KOREM) released the results of the final auction for the construction of renewable energy facilities. Hevel group won the right to build 70 MW of solar power capacities in Southern Kazakhstan. The project implementation is scheduled for 2019-2020.

Igor Shakhray, CEO of Hevel group, commented this success : “Winning such an open tender means entering a foreign market not only as a supplier of equipment, but also as an energy company competing with major international players.”

Read also : A 100 MW solar farm will open in Kazakhstan

Hevel Group is a joint venture between Renova and Rusnano. Founded in 2009, it has become in several yeas the largest company in Russia engaged in solar power. The project portfolio now amounts to 907 MW of solar power capacities while the Hevel Group’s manufacture plant annually produces 160 MW of heterostructural solar modules with cell efficiency above 22%. The annual output will be increased to 260 MW per year in 2019.

Igor Shakhray is confident about the further growth of the solar power market in Russia and neighbouring countries, as he explained that : “We will continue to reduce the cost of our products and capital expenditures: the cost of building solar power plants in Russia has already decreased to a competitive level and with continued state support towards renewable energy in Russia it will keep declining due to more investments in research and development, allowing to introduce advanced technology and creating new products. Such support will make it possible to continue to compete in foreign markets and thereby increase the volume of investments in the industrial and scientific sphere in Russia.”

Initially, Renova owned 51% of Hevel Group, while Rusnano owned the remaining 49%. However, a new shareholder appeared in August 2018, the company Ream Management (5%), reducing the shares controlled by Renova to 46%. In addition, Rusnano announced last November that it will sell 49% of Hevel Group to Ream Management before January 2019. The owner of Ream Management is known as being Mikhail Sivoldaev, the former Deputy Chairman of the Board of Renova.

Nevertheless, Rusnano will keep being involved in the projects carried out by Hevel Group as the main creditor, reported corporate communication.

Solar and wind power prices have significantly decreased over the past ten years, making them more competitive sources of energy for an emerging country such as Kazakhstan, aiming at reducing its dependence on coal generation of electricity and willing to diversify its economy.

The President Nursultan Nazarbayev called in February 2007 the state bodies to form a legislation related to environmentally sustainable sources of energy and Kazakhstan adopted its first legislation supporting the use of renewable energy in July 2009. The national concept for the transition of Kazakhstan towards a “green economy” by 2020 was adopted in 2013.

The country signed the 2015 Paris Climate Agreement in August 2016 and Astana hosted an international exhibition in June 2017 named “Energy of the future”. The President Nursultan Nazarbayev said during its annual address to the citizens in January 2018 that Kazakhstan needs to increase the share of renewable energy sources in the national energy balance to 30% by 2030 and must stimulate private companies to invest in this sector. Last July, the Kazakh Prime Minister Bakhytzhan Sagintayev told foreign investors during a meeting that the country plans to reach 50% of renewable energy share in the national mix by 2050.

As the Kazakh government actively supports the development of renewable energy across the country, several auctions related to construction of new capacities have been held in 2018. According to the official schedule, approved by a decision No. 65 of the Minister of Energy of Kazakhstan dated February 22, 2018, 20 auctions were conducted in 2018, covering a total capacity of 1,000 MW of renewable energy :

The Kazakhstan’s electric and power market operator reported that 113 Kazakh and foreign companies from 8 countries of the world – China, Russia, Turkey, the United Arab Emirates, France, Bulgaria, Italy and the Netherlands – took part in the auctions, held through the electronic trading platform of AO KOREM. The participants proposed bids with a total installed capacity of 3,204 MW, which exceeded the initial demand almost three times.

Eventually 30 companies were recognized as winners during the several tenders and 36 renewable energy projects were selected, with a total capacity of 857.93 MW :

Hevel Group and the Eurasian Development Bank have signed a cooperation agreement last September. The deal provides for cooperation in construction of solar power capacities in Kazakhstan, one of the most dynamic renewable energy markets.

The Eurasian Development Bank is experienced in financing renewable energy projects in the Central Asian Republic.

Based in Almaty, this bank is an international financial institution established in 2006 by Russia and Kazakhstan to promote the development of the market economy in the member states, their sustainable economic growth and the expansion of mutual trade and economic ties. The Eurasian Development Bank has financed investment projects in the member states totalling more than $ 6.9 billion. The current member states are Armenia, Belarus, Kazakhstan, the Kyrgyz Republic, the Russian Federation and the Republic of Tajikistan.

You can contact us for advice on your energy project in Russia, Ukraine, Belarus or Kazakhstan.