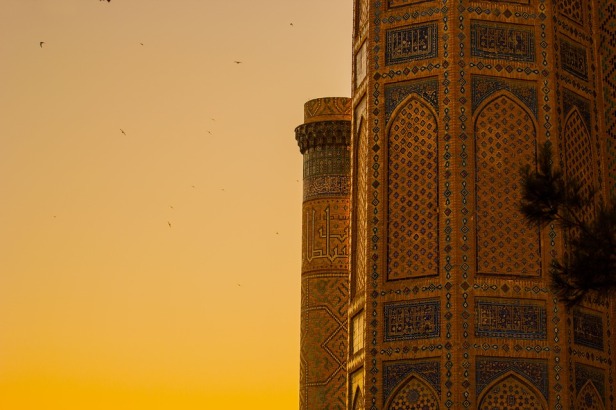 The Registan, heart of the ancient city of Samarkand, Uzbekistan – Photo credit : Khusen Rustamov, on Pixabay.

Masdar Clean Energy won the competitive tender for the construction of 100 MW of solar power in Uzbekistan, announced the Ministry of Finance of the Central Asian Republic on October 4.

The company founded in 2006 and based in the United Arab Emirates offered a price for generated electricity worth USD 0.02679 cents per kilowatt hour, which is one of the lowest tariffs in emerging markets.

This private-public partnership will be implemented under the Scaling Solar program of the World Bank Group.

A press conference took place at the Ministry of Finance of Uzbekistan following the announcement of the winner of the first tender held to attract investments in Uzbekistan’s solar energy.

This 100 MW solar power project will be located in the Navoi region and is part of the efforts of the Government of Uzbekistan aimed at producing up to 5 GW of solar energy by 2030, with the goal of diversifying the country’s energy balance.

This Central Asian Republic with more than 30 million people has a great solar power potential since it benefits from 320 sunny days per year. However, Uzbekistan now generates 82% of its electricity with gas-fired plants.

During the press conference the Deputy Prime Minister and Finance Minister Jamshid Kuchkarov said that following the successful outcome of the first tender, the Uzbek Government will soon hold another tender for additional 400 MW of solar energy, followed by a third tender for 500 MW.

“After the successful completion of the pilot project, the necessary experience has been accumulated in Uzbekistan and human resources have been created to quickly launch the next phase of the solar energy development program. […] The economy of Uzbekistan is growing fast and the energy demand is expected to grow by 50% by 2030, so it is important that renewable energy sources make up a significant part of it.”

The International Finance Corporation (IFC) assisted Uzbekistan as a transaction consultant in developing and conducting the tender that attracted 23 submitted applications, 11 pre-qualified applicants and resulted in five bids.

The contract signed by Masdar Clean Energy and the Uzbek state will secure the purchase of a guaranteed volume of generated electricity from the 100 MW PV station.

Wiebke Schloemer, IFC Director for Europe and Central Asia, commented the results of the tender :

“We are proud to open up new markets for solar energy in Uzbekistan through the country’s first open public-private partnership tender, which will provide renewable energy supplies to the people of Uzbekistan at competitive prices. […] The success of this project will set a precedent for future private sector participation in the country’s economy and sends a positive signal to the global investment community […].”

Shukhrat Vafayev, Deputy Minister of Investments and Foreign Trade and Chairman of the Tender Commission, commented :

“[…] We are confident that by conducting an open and competitive tender, we will be able to get the most competitive electricity prices from private investors, which will help establish benchmarks for solar energy tariffs in the country.”

The recent opening to private investors creates new possibilities in the Uzbek energy industry, a sector which has traditionally been controlled by the state.

The former Prime Minister Shavkat Mirziyoyev, who became President in September 2016 after the death of Islam Karimov who had been ruling Uzbekistan since 1990, launched economic, administrative and judicial reforms, aiming at supporting the national economic growth and attracting investments.

Following the 100 MW solar power project of the French Total Eren in the Samarkand region, this 100 MW PV project of Masdar Clean Energy sends a good signal to foreign investors interested in the renewable energy potential of Uzbekistan.

==> 70 pages of valuable information and in-depth analysis of the Ukrainian solar power market, answering the questions that ask investors and energy companies.

==> If you order before October 30, you will benefit from a 15% discount on the total amount.

After the payment you will receive the report and an invoice in pdf format.

The report is written in English and delivered by e-mail.

To order or ask a question send an email at contact@eurasianetwork.eu

You can contact us for consulting services on your energy project in Ukraine, Russia, Kazakhstan or Uzbekistan.