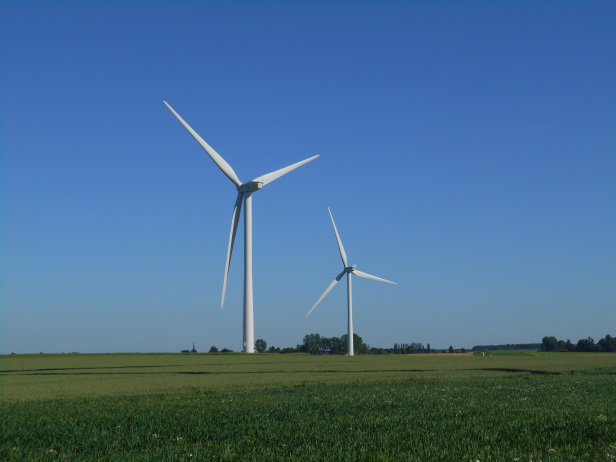 Several press sources reported in early August that Enel Russia will start the construction of a 201 MW wind farm in the Murmansk oblast on September 19.

Andrei Chibis, the acting Governor of the Murmansk oblast, Pasquale Terracciano, the Italian Ambassador to Russia and Carlo Palasciano Villamagna, the General Director of PAO Enel Russia since 2015, will attend the official ceremony.

This 201 MW wind farm will be located along the road from the city of Murmansk to the villages of Tumanny and Teriberka, on the Barents Sea coast.

The investment in this project is estimated at EUR 273 million. The annual power output will be about 750 GWh, bringing significant reductions in carbon dioxide emissions into the atmosphere of the region. The wind farm is scheduled to be commissioned for the end of 2021. Each wind turbine will have a 3 MW capacity.

The implementation of this ambitious wind farm project will be handled by the company OOO Enel Rus Wind Kola, a 100% subsidiary of PAO Enel Russia. The construction will be carried out by Enel Green Power, the Global Renewable Energy Division of Enel Group.

The technology partner in this project is Siemens Gamesa Renewable Energy, which will provide the wind turbines.

Enel Russia won the right to carry out this renewable energy project under the state support scheme during a federal tender held in June 2017 to select investment projects based on renewable energy sources. The Italian power company also won the right to build 90 MW of wind power in the Rostov oblast, in the South of the Russian Federation and 71.25 MW of wind power in North Caucasus.

The payback of wind farm projects in Russia is currently guaranteed by long-term power supply agreements that provide an annual return of about 12% for investors.

Enel Russia and the Government of the Murmansk oblast signed on November 12, 2018 an agreement over cooperation in the implementation of this 201 MW wind farm project. This agreement was signed by Carlo Villamagna, General Director of Enel Russia and Marina Vasilievna Kovtun, Governor of the Murmansk Oblast during the professional exhibition and conference “SevTEK: Northern Fuel and Energy Complex”, which took place in the region as part of the Murmansk International Business Week.

Carlo Villamagna commented in the press release that :

“The agreement signed today represents an excellent opportunity for both our company and the Murmansk oblast to stimulate the […] sustainable development. PAO Enel Russia contributes to the diversification of the country’s power generation through the implementation of projects based on renewable energy sources.”

The Governor Marina Kovtun added that :

“For the Government of the Murmansk oblast, the signature of this agreement with PAO Enel Russia is significant […]. I am absolutely confident in the success of the project and I hope that it will help to widespread renewably energy in our region.”

This large wind farm project beyond the Arctic Circle must increase the economic potential of the region through the creation of new high-tech production facilities and modern renewable energy infrastructure.

In the long term, the cooperation between Enel Russia and the Murmansk oblast aims to develop knowledge and expert experience in the field of renewable energy among local workers and engineers.

The wind farm project received in March 2019 the financial support of PAO Sberbank. The largest bank in Russia agreed to finance the construction of the 201 MW wind farm project through a credit line up to 22.5 billion RUB (around 300 million EUR), provided to the company OOO Enel Rus Wind Kola.

“We welcome the participation of Sberbank in the implementation of such an important project for our company, for the development of the Russian renewable energy industry and the economy of the Murmansk oblast. Moving ahead, we are looking forward to maximising the shared value created by this project through its full operation and generation of emission-free energy.”

Anatoly Popov, Deputy Chairman of the Board of Sberbank, said after the signature of the agreement :

PAO Enel Russia was registered in Yekaterinburg in October 2004. The main power generation facilities of the company are – the Nevinnomysskaya, Konakovskaya, Sredneuralskaya state district power plants.

Last June Enel Russia signed a sale agreement with Kuzbassenergo, controlled by the Siberian Generating Company (SGC). The Italian power company sells the Reftinskaya GRES coal-fired power plant to SGC at a price amounting to 21 billion RUB (around 287 million EUR). After the approval of the deal in July by the shareholders of Enel Russia, the enforcement of the sale needs the greenlight of the Russian Federal Antimonopoly Service.

The Russian government is now discussing the extension of the state support program for renewable energy until 2035. Various options are considered by the Federal Ministry of Industry and Trade, the Federal Ministry of Energy and the national regulator of the electricity market such as the use of state subsidies or of market-driven tools.

==> 80 pages of valuable information and in-depth analysis of the Russian wind power market, answering the questions that ask investors and energy companies.

==> If you pre-order before the official release of the report, you will have a 15% discount on the total amount.

The report is written in English language.

Delivery: Up to 24 hours by e-mail after the payment.

If you have any question, do not hesitate to send an email at contact@eurasianetwork.eu

You can also contact us for advice and business intelligence services on your energy project in Russia, Ukraine or Kazakhstan.