By Swann Bigot, legal expert and consultant in international affairs, for Eurasia Network – May 17, 2018 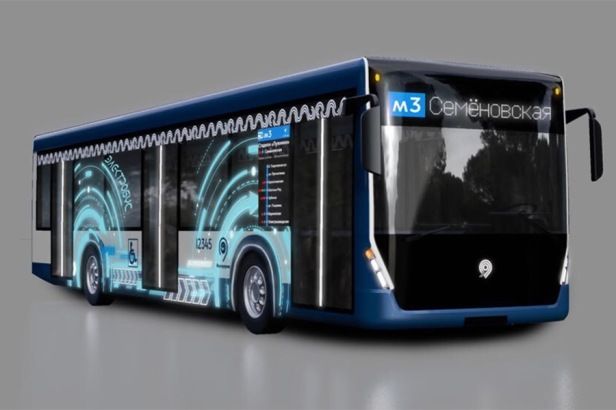 Sergey Sobyanin, Mayor of Moscow, announced that the city decided to buy 200 new Russian electric buses, reported the press agency TASS on May 4. The first vehicles will be delivered next September.

Russian automotive manufacturers Kamaz and GAZ will supply Moscow with electric buses according to the results of two state auctions. Each manufacturer will deliver 100 electric buses next September with the latest world-class technology to the public transport company Mosgortrans. The contracts include 15 years of maintenance services and the installation of 62 ultra-fast charging points, revealed Sergey Sobyanin on its Twitter account.

Each contract is worth 6.35 billion RUB (87,155,000 EUR) according to the media agency RBK. The starting price in procurement documentation was slightly higher, amounting to 6.38 billion RUB (87,565,000 EUR) reported the business daily Vedomosti.

Companies had to submit applications for the delivery of the first 200 by April 20, reported the Deputy Mayor of Moscow and Head of the transport and road infrastructure department Maxim Liksutov.

In addition, the Mayor of Moscow said that a new procurement for 100 electric buses will be held by December 2018 while the Russian capital will stop buying diesel buses from 2021. This ambitious policy was approved by the Moscow administration in August 2017 and aims at forming a new market for ecofriendly vehicles in the Russian Federation, giving automotive manufacturers the market opportunity and financial resources to develop production capacities and infrastructure.

Moscow even plans to have 600 electric buses in its streets by the end of 2019, becoming one of the leading cities in the world in ecofriendly transport. The state-owned transport company Mosgortrans operated more than 6,500 buses in the city as of October 2017. That means that around 10% of buses running in Moscow would be electric by December 2019.

Mosgortrans announced a public procurement in December 2017 over the purchase of 300 electric buses, their maintenance during 15 years and the installation of 98 ultra-fast EV charging points. Selected manufacturers will finance the operation of charging stations.

The total price of such a contract amounted to 32 billion RUB (439,225,275 EUR), then reported the press agency Interfax. This procurement was described as divided into three auctions covering 100 electric buses each, since the municipal authorities of Moscow decided to buy up to 300 electric buses every year.

The related documentation published by Mosgortrans required low-floor electric buses with a transport capacity not less than 85 passengers and a cruising range of about 40 kilometers on one charge (with full passengers load and heating/climate control system switch on). The ecofriendly vehicles must be equipped with the most modern devices, including climate control systems, video surveillance and satellite navigation, USB connectors for charging mobile devices and free access to Wi-Fi.

Read also : 8 things to know about electric cars in Russia

The buses with battery-powered motors will be charged overnight and at the final stations of the routes in daytime. Equipment must resist tough local temperatures such as -40° or +40° during operation. The mandatory condition of the contract for the delivery of electric buses is the localization of the manufacture process on the territory of the Russian Federation, reported the press agency TASS.

The Moscow administration first expressed the idea of using electric buses in 2011 and announced in 2015 the plan to replace trolley buses with electric buses. Electric buses from national and foreign manufacturers have been tested in 2016 and 2017 in order to understand the needs of a large urban area like Moscow.

The first electric buses to be delivered next September will start running on 8 bus routes of Moscow. The municipal administration organizes training programs for the drivers of current trolleybuses so that they can operate and drive the new electric buses. Drivers will have to pass an exam at the Mosgortrans driving school.

“As of April 9, 80 drivers have already completed their training program, the 200 remaining will be trained in the third quarter of 2018, explained the Deputy Mayor Maxim Liksutov.

Saving funds thanks to electric buses

Maxim Liksutov stressed that the replacement of trolleybuses with new electric buses will allow the city to save funds on transport maintenance.

Moreover, the operational costs of electric buses would be 10% lower than the one of trolleybuses currently used in Moscow streets, reported the business daily Vedomosti.

The former General Director of Mosgortrans, Yevgeny Mikhailov, told journalists of RBK in November 2017 that “the operation of new electric buses will cost the city less money and less energy than trolleybuses. Moscow plans to announce a public procurement for 300 electric buses in next December.”

Electric buses are a new noiseless and eco-friendly mode of transport, which allows to reduce the level of noise pollution and harmful emissions into the atmosphere and protect the health of citizens.

Why do silent electric buses contribute to a better health ?  According to the World Health Organization, noise is the second biggest environmental health threat in Europe. Noise pollution in urban environment can cause loss of sleep, high stress and even diabetes, strokes and heart attacks. A noiseless public-transport system is part of the solution.

In addition, because diesel buses consume 30 times more fuel than average sized cars, the impact of electric-powered buses on the reduction of harmful and greenhouse gases is significant enough to bring concrete and fast results in major cities such as Moscow.

Furthermore, the absence of charging wires used for trolleybuses improves the appearance of street view.

Electric buses from the Russian truck manufacturer PAO Kamaz have been tested in Moscow, Saint Petersburg and Kazan in 2016 and 2017.

The model KAMAZ-6282 is adapted for low-mobility passengers, has a low floor level and is equipped with video cameras and satellite navigation. The transport capacity is 85 passengers. The batteries are charged in 6-20 minutes from 380 volts power network and fuel a cruising range of 50-70 kilometers, enough for daytime urban transport. The maximum speed is 65 km/h. The KAMAZ-6282 can be operated at temperatures up to -30 degrees Celsius.

The Russian company Drive Electro has developed the engineering system of this electric bus, supplying the charging batteries with a working life of 15 years.

Kamaz announced in November 2017 that its electric bus would cost 20-30 million RUB (275,000 / 412,000 EUR), depending on the model of the battery while the prices of an European electric bus ranges 400-600 thousand EUR. The manufacturer planned to supply Moscow, Kazan, Saint-Petersburg and Lipetsk, announced the Deputy General Director Nikolay Pronin.

Nikolay Pronin also explained that current infrastructure of trolleybuses can be used to install charging points for batteries of the new electric buses.

In November 2016, the Russian truck manufacturer PAO GAZ supplied to Mosgortrans an electric-powered bus jointly developed with the Moscow State Technical University Bauman on the basis of an urban low-floor bus LiAZ-5292, manufactured by the plant LiAZ, a subsidiary of PAO GAZ located in Likino-Dulyovo, Russia.

In February 2017, the new electric bus LiAZ-6274 started its testing phase in Moscow. The claimed cruising range is up to 100 kilometers in urban conditions and can even reach 200 kilometers. The bus has a transport capacity of 90 passengers and is equipped with a climate control system. The maximum speed is 80 km/h. The lithium-ion batteries manufactured by the company Liotech are charged in 6.5 hours from the power network with a voltage of 380 volts.

GAZ presented its first prototype of electric bus in 2012, reminds the business daily Vedomosti. A new generation was developed in 2016 and numerous tests have been carried out in 2017.

The electric bus LiAZ-6274 has run 13,500 kilometers in Moscow between February and June 2017, reported the manufacturer GAZ. The average daily mileage was 220 km with two charging times. The cruising range was 100 km on one charge, taking into account the working heating system in winter and air conditioning in spring/summer. The lithium-ion batteries were charged overnight for 2-3 hours. Batteries were charged with fast charging points from 20 minutes to 1 hour during daytime.